Yes, I love chocolate and the darker the better so this is what I brought back from our Portland trip last weekend. 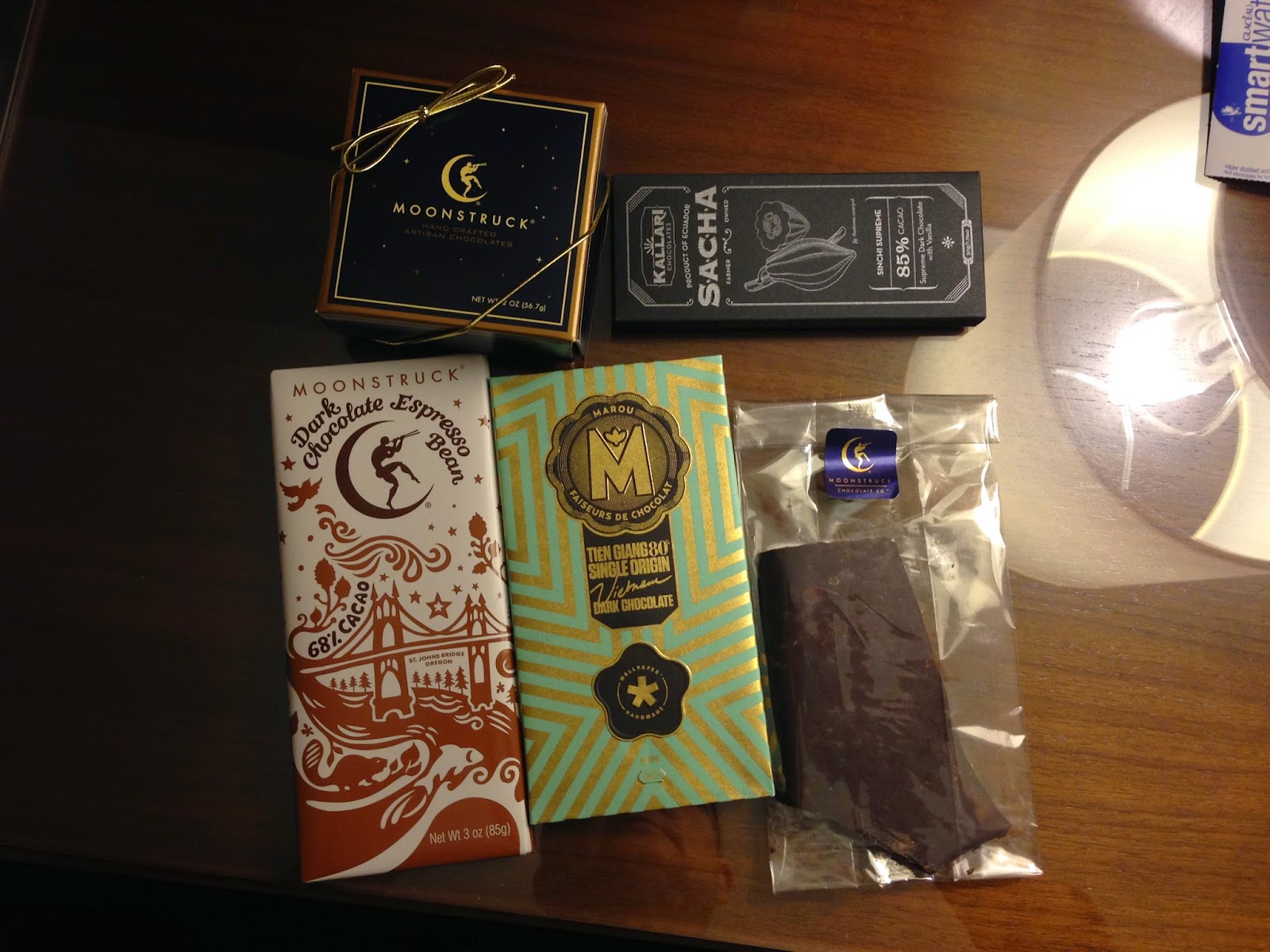 Posted by Kathy MacKie at 9:01 AM No comments:

I really enjoyed my class with Maureen Wood last week who is a Judy Niemeyer Certified instructor.  This was through the Victoria Quilt Guild of which I'm a member and I learned tons of useful information. 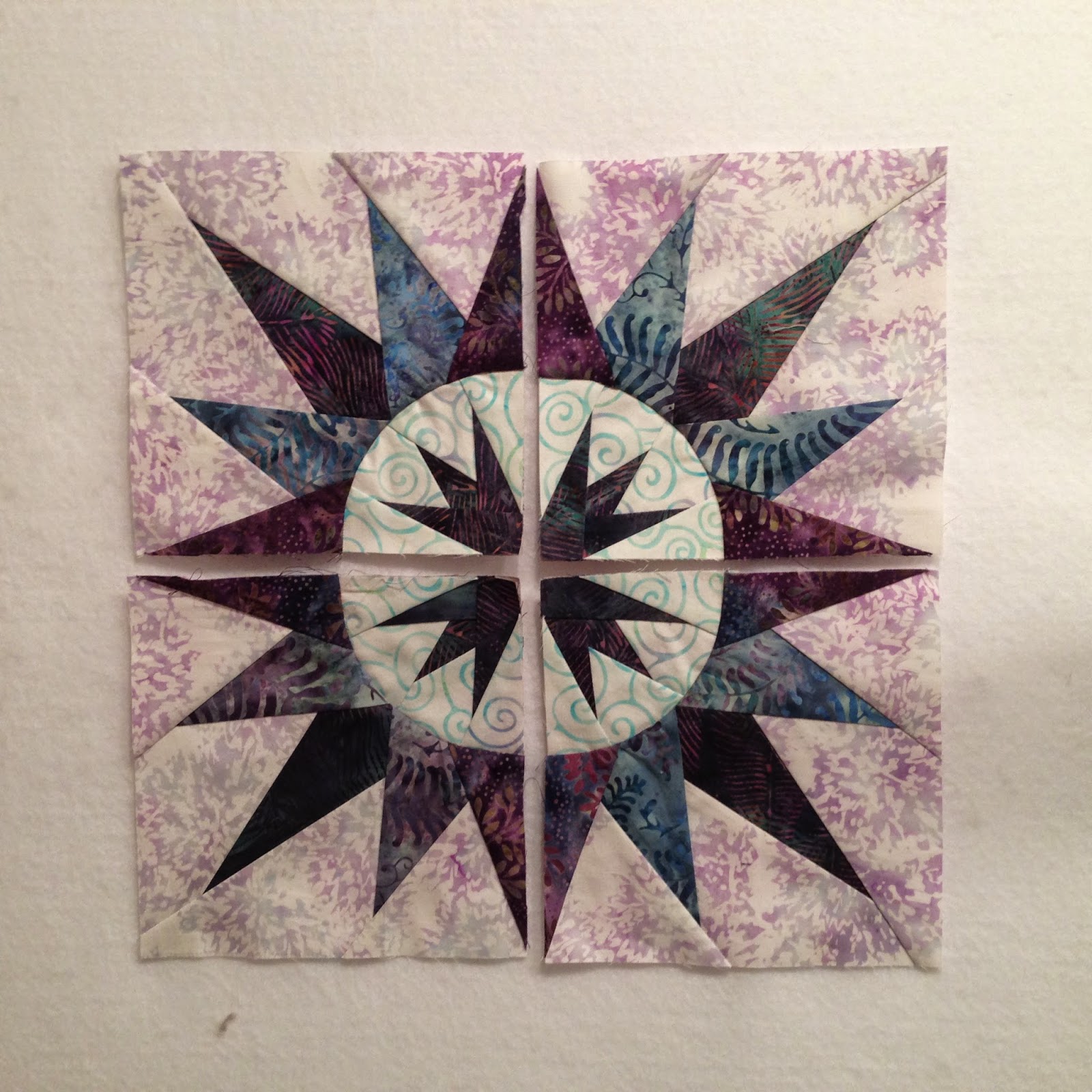 Posted by Kathy MacKie at 9:26 AM No comments:

After four days in Portland we had to say goodbye but we'll be back, you know there are some places that call your name and we hear it at least once a year.

After two full days of nonstop walking downtown Portland my husband was beyond tuckered, so I was fortunate enough to have a couple of hours at Fabric Depot on Sunday.  Holly Hill Quilt shop was on my radar but they were closed that day and as we were leaving very early Monday morning it wasn't meant to be.

I really didn't have anything specific to buy but you know how all sense of reason can leave you once you open those magical doors.  I decided to just look for neutrals and I think I succeeded in that department and I also picked up a couple of notions that were a really great price, everything was 30% off that day except for a Yoko Saito book I purchased though it was 20% off.   After that we made a quick stop at Joann's so  here is a sneak peek of what I had go declare when we came home to Victoria, BC. 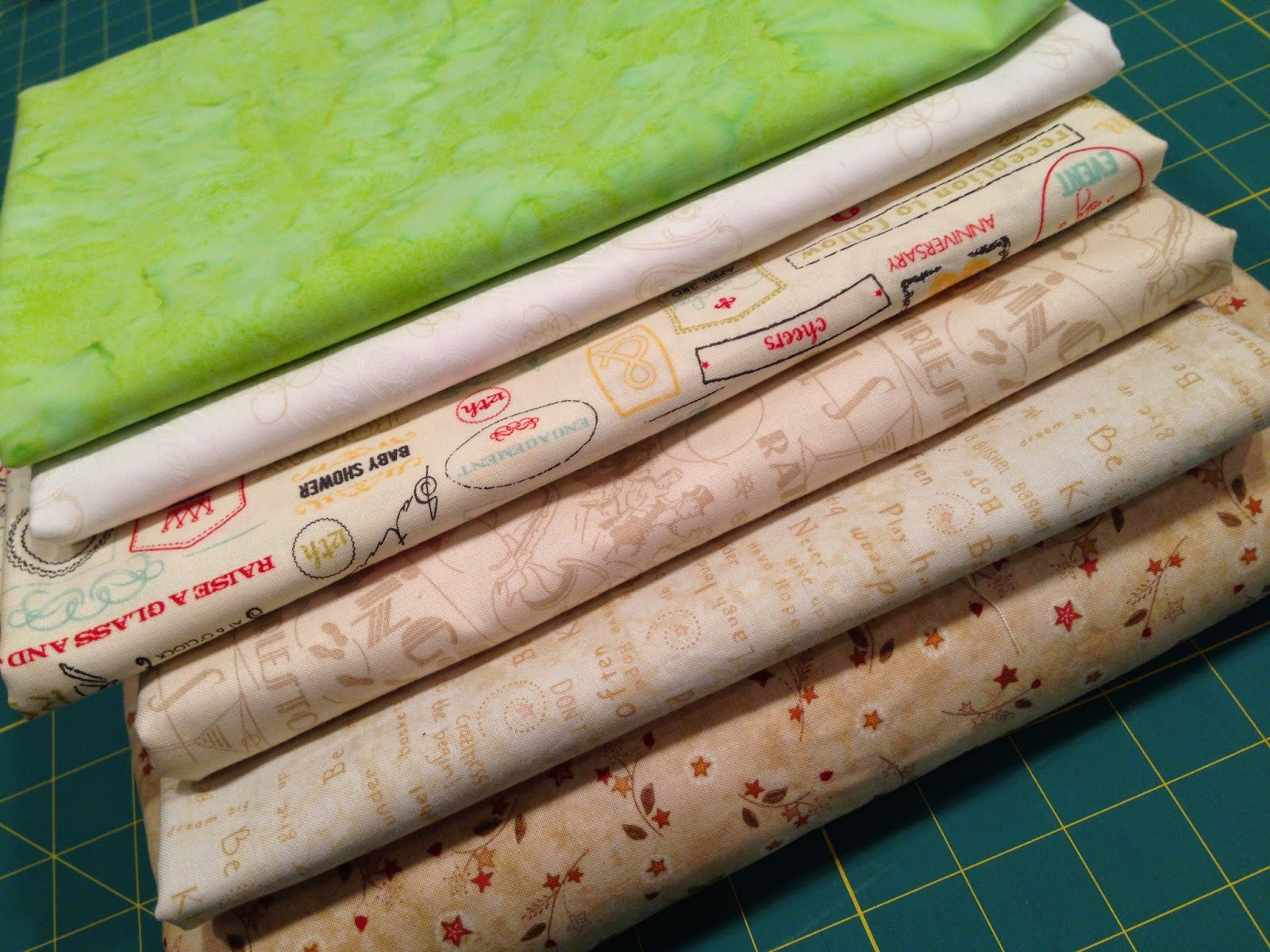 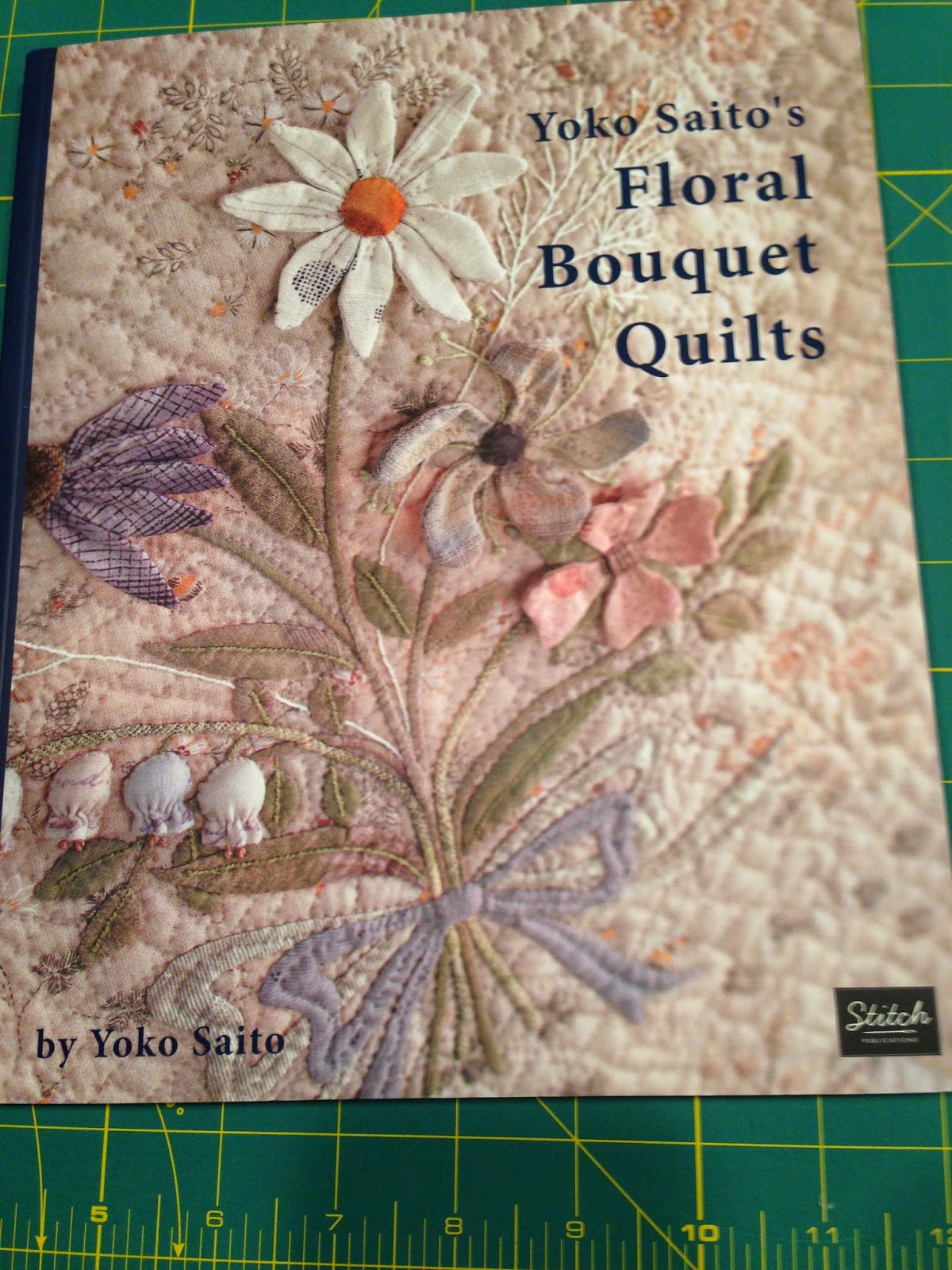 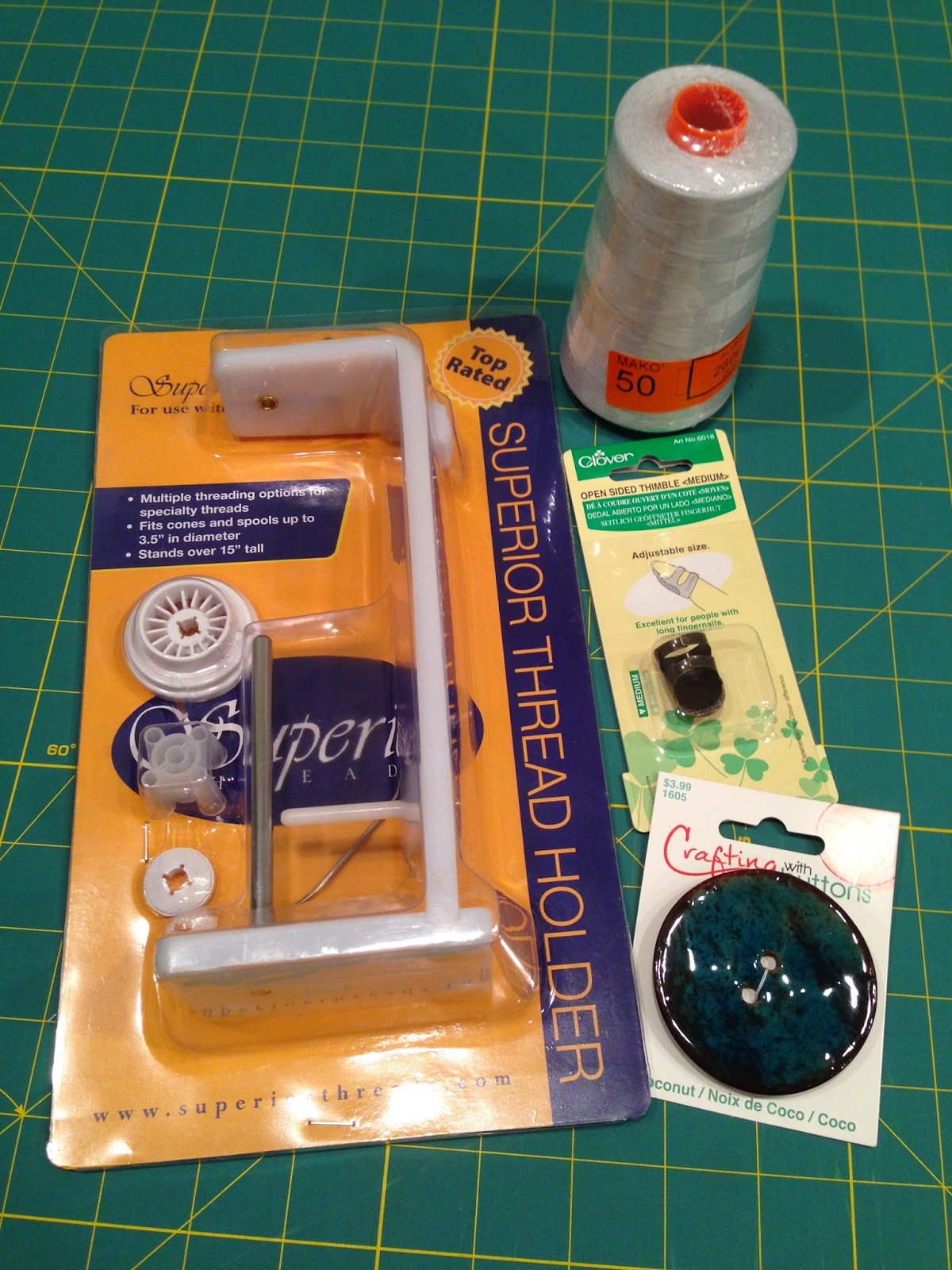 I picked the Artbin up at Joann's for 50% off and I just love them for my threads, kinda like keeping chaos under control.  They have great storage for so many things so look them up and you won't be disappointed, in fact it'll be hard to rein yourself in!

While my hubby is down and out with a nasty cold I'm going to fondle the fabric just a little bit before I find it a new home then it's back to quilting, woot, woot.
Posted by Kathy MacKie at 12:18 PM No comments:

This picture was taken of Mom and myself days before Christmas at her Christmas Party at the Seniors Lodge where she now lives.  This is my personal Random Generator and she does it so well...love you Mom! 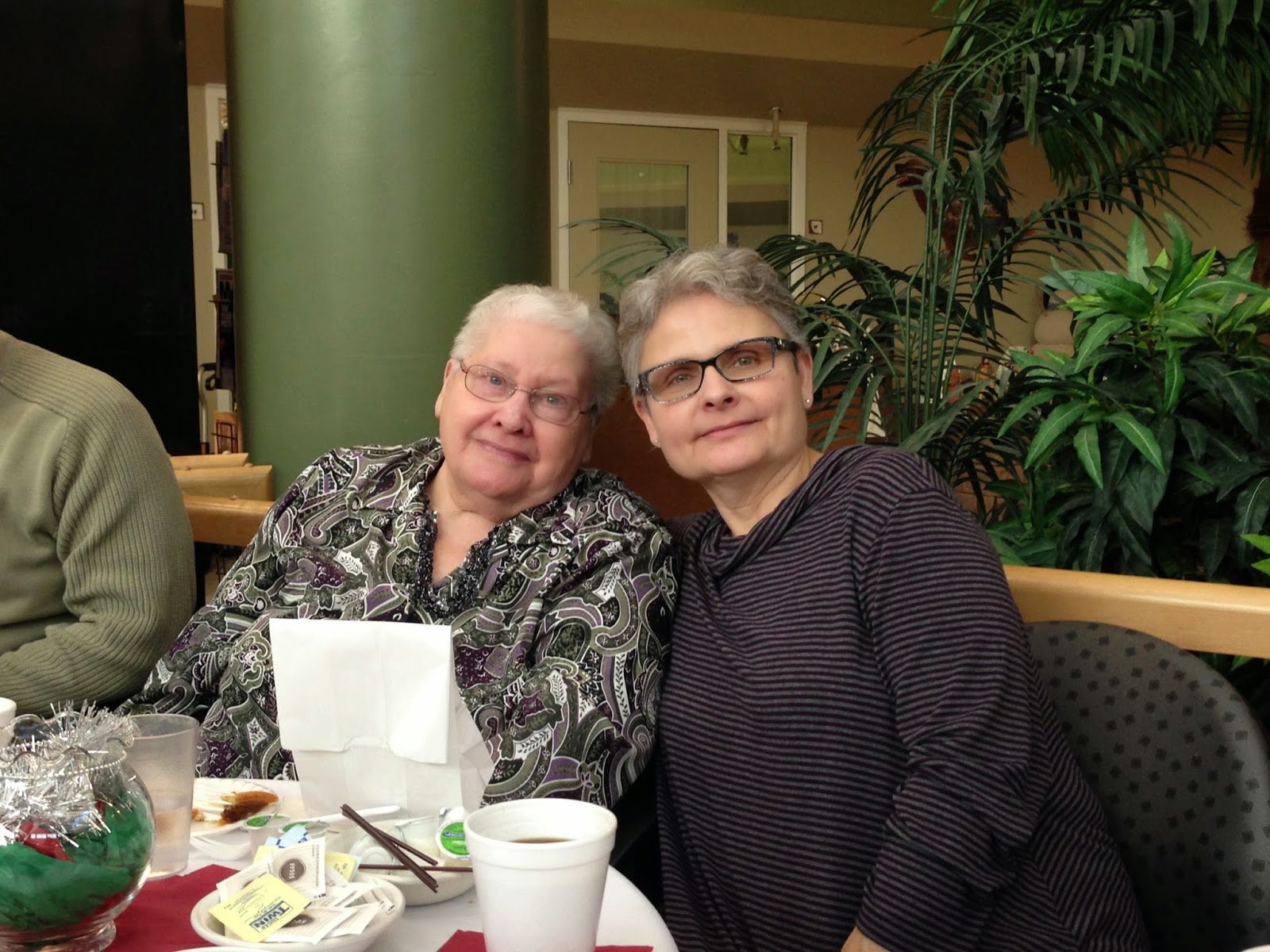 Whew, finally I was able to contact my Mom to pick the winners of my Giveaway and yes I said winners because the first winner will receive her choice of Charm Pack, the "Civil War Reunion" or the "Snap Pop" along with the other goodies.  Also I thought as I had two choices available to chose from for the charm packs that I would giveaway the charm pack that didn't win the heart of the first winner.

My first winner as chosen by Mom, aka Random Number Generator is Kathy E so please send me your snail mail and whether you prefer milk or dark chocolate.  Congratulations !

Second place goes to Greta Honeycutt, you will receive the other charm pack that is left.  Please send me your snail also and I'll get your win in the mail as soon as possible also.  Congratulations!

Have a great Sunday everyone!

Posted by Kathy MacKie at 2:21 PM No comments:

Time running out for the Giveaway

Yes time is running out for you to get your name in for my 200 Blog post Giveaway so you can get to make my Mom's day when she gets to choose a random number.  Enter "here "so you can enhance your stash or who knows even start one...  I think charm packs are a great way to give a person a taste of a Designer's line without breaking the bank so you will have two options to choose from.

Door number one will be a Barbara Brackman "Civil War Reunion" charm pack with the rest of the goodies. 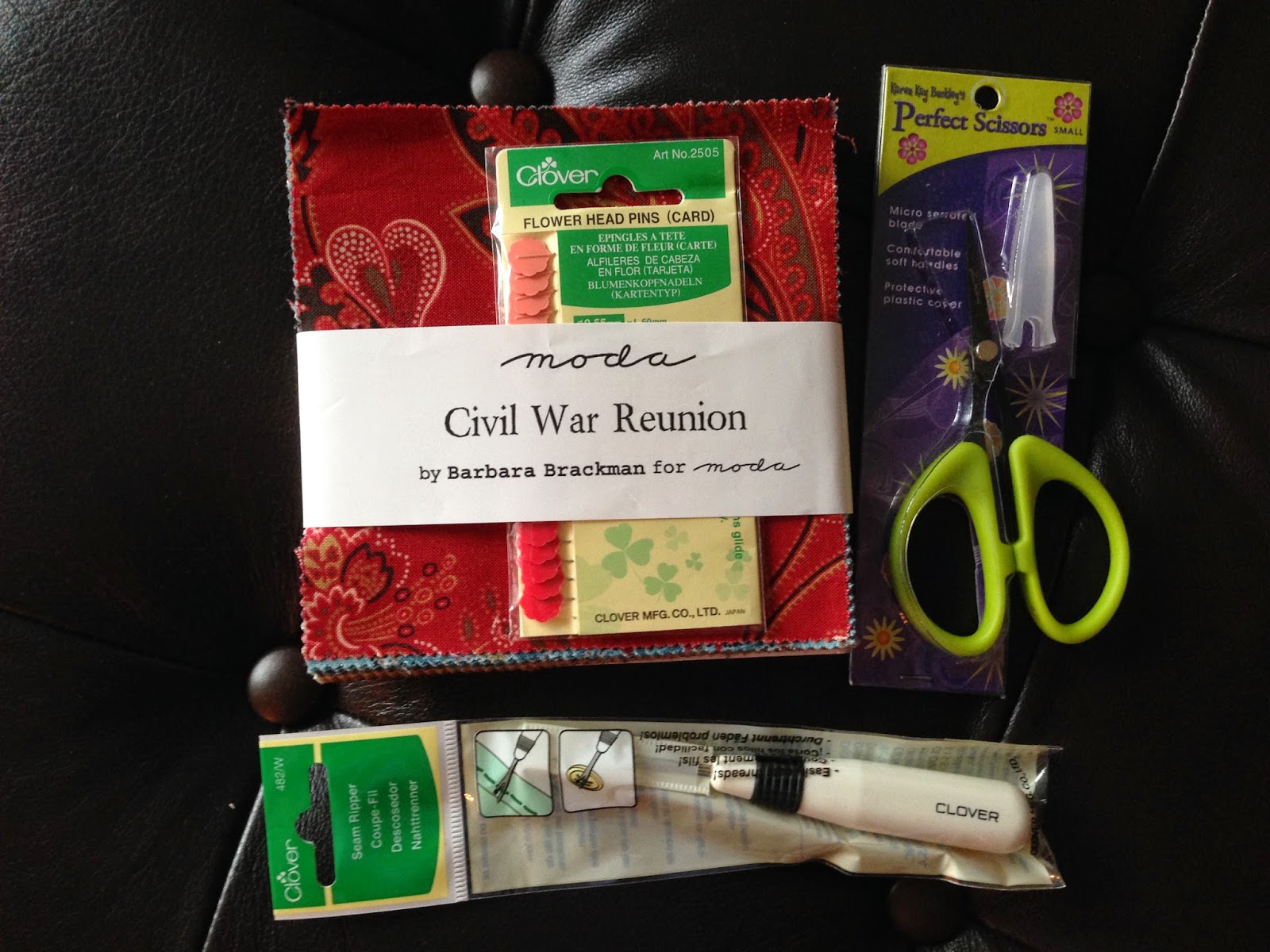 or
Door number two will be a Sandy Gervais "Snap Pop" with all the goodies. 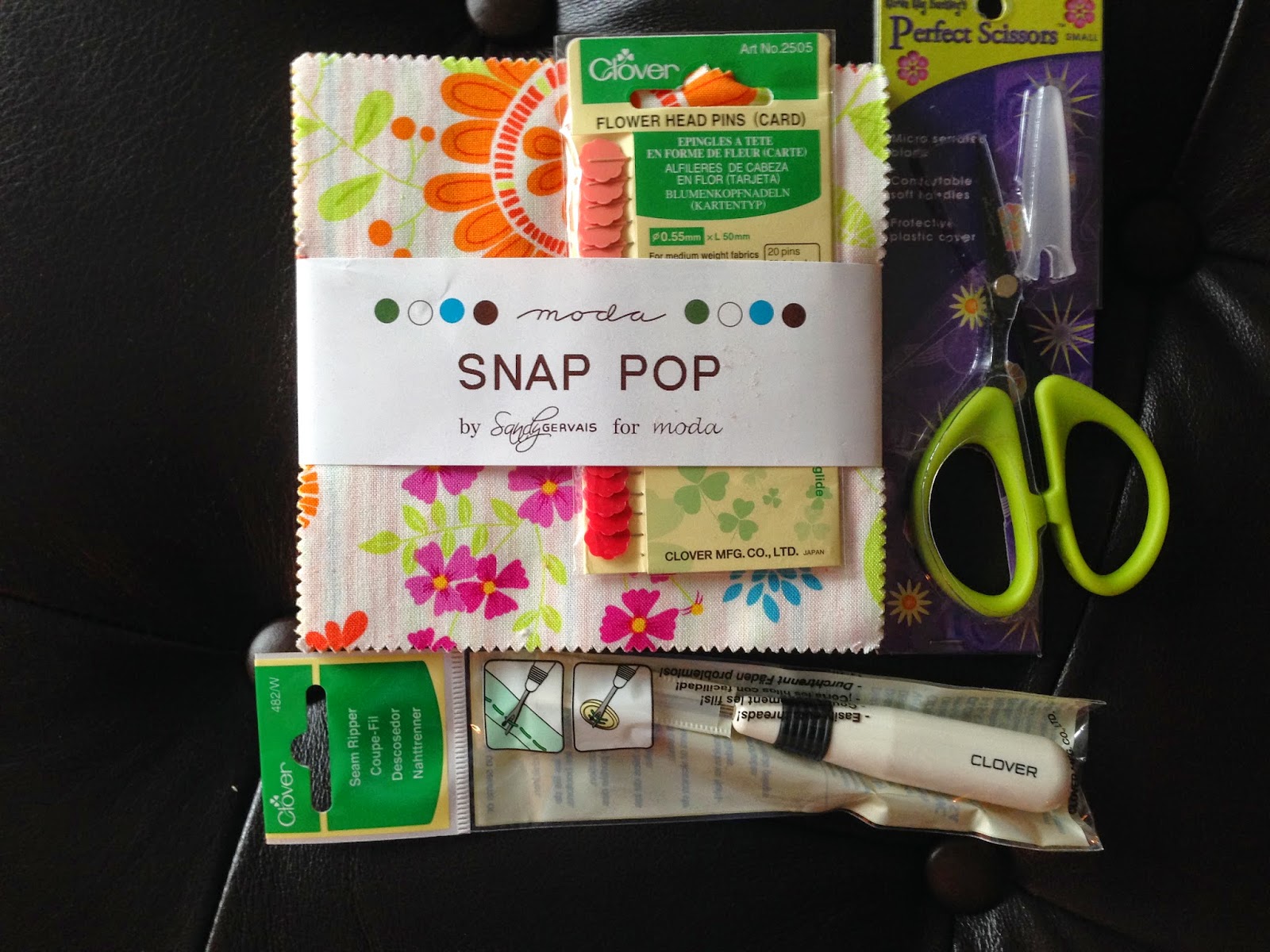 So you see there's going to also be Clover Flower Head pins and a Clover stitch ripper along with a pair of my  favourite small scissors by Karen Kay Buckley.  For your sweet tooth I'm going to add some chocolate goodness once I know if you go to the  milk or dark chocolate side.  So I think it's worth adding your name to my  Mom's aka Random Number Generator.  Good luck everyone.
Posted by Kathy MacKie at 11:48 AM No comments: