This how you save time using your GO!  At least that is what I hoped to do.  I wanted to make some 4 patches so I cut out a pile of  2 1/2'' lengths with my GO!  After sewing them in strips I was bemoaning having to cut the sewn strips for the four patches.  So here is where the laziness aka resourcefulness reared itself. 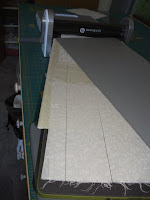 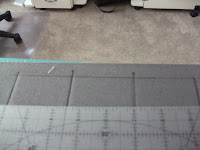 What if I took those strips and laid them on the GO! and cut them crosswise?
I drew a line parallel to the cutting blades at the top of the die with a Sharpie pen.


I lined up my first strip exactly on that new line then added another four strips underneath that. You can't rush this, take your time.  After all it's sink or swim now right.  Then the GO! did it's magic and my strips were cut once again. 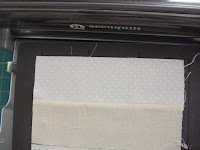 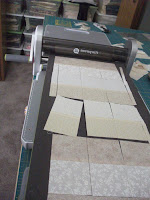 I measured them to make sure they were accurate and of course they were.  After all I'm using the Go! remember. 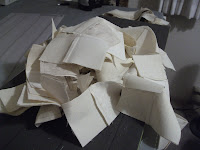 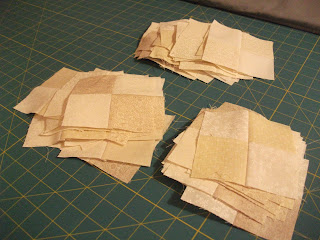 Look how cute they are all pressed.
This was fast and precise so it doesn't get much better than that.